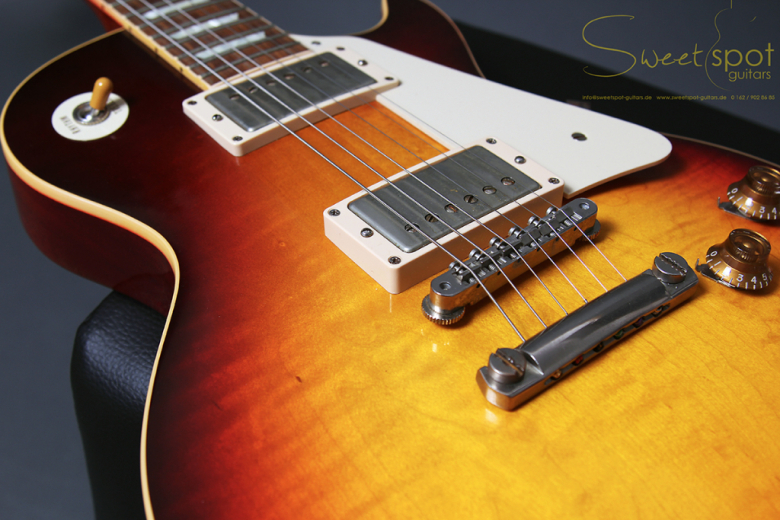 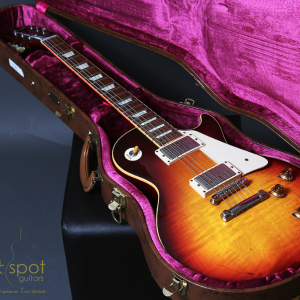 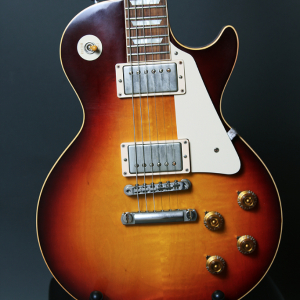 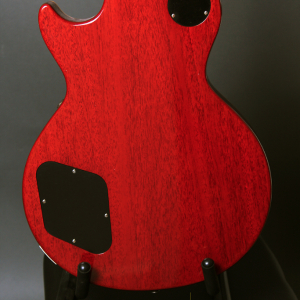 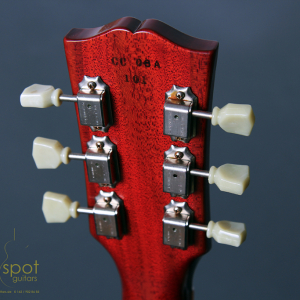 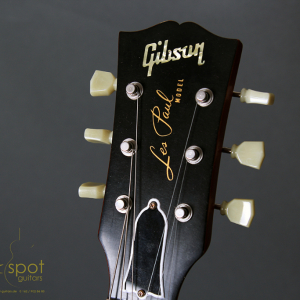 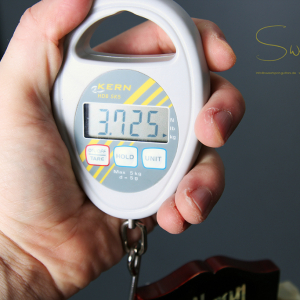 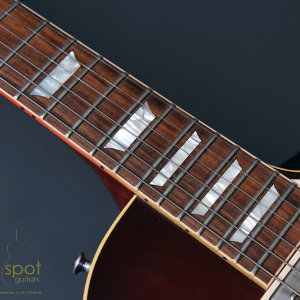 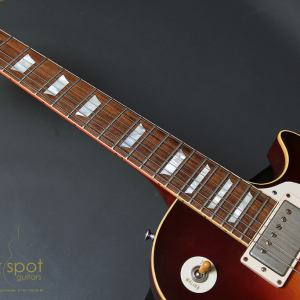 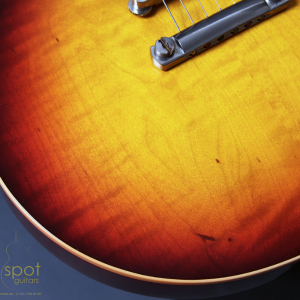 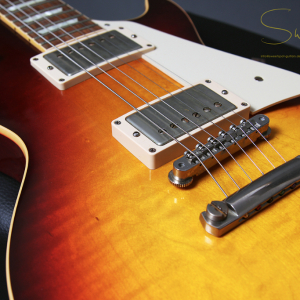 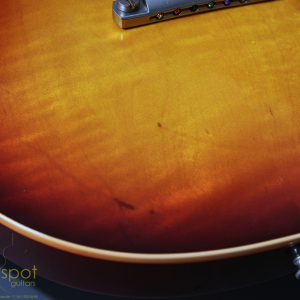 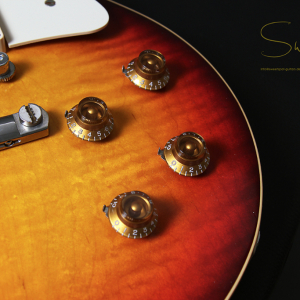 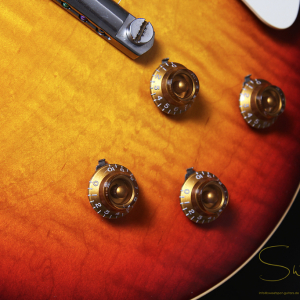 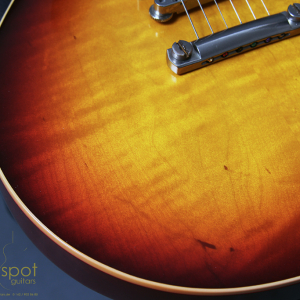 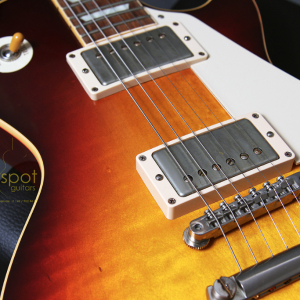 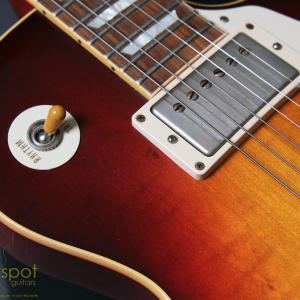 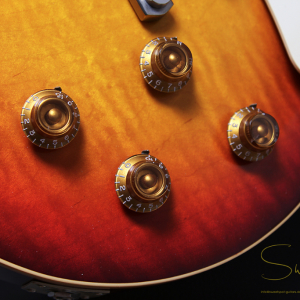 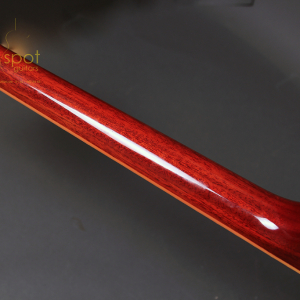 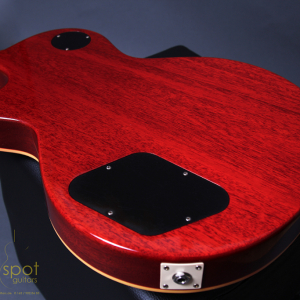 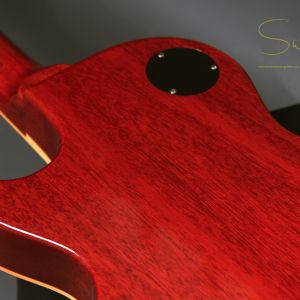 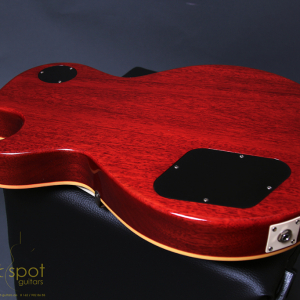 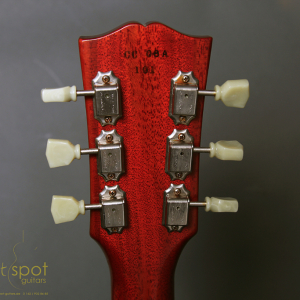 The original ’59 (serial number 9-1918) is owned by collector Mike Slubowski, who’s stated that this guitar is his favorite axe, even calling it his “Desert Island” guitar..The Custom Shop replicated every minute detail of the guitar, from the headstock angle, to the heel shape and the slightest curves on the top of the headstock. We love the color on this series, which was originally quite rare even during the short window of time that the original ’59s were being made. It’s a deep shade of cherry that reminds us of something in between Bourbon Burst and Faded Tobacco – it’s totally unique to this guitar. You might also be asking how is this guitar „aged“? The fact is simply that the original ’59 that this series is based on, is just that clean. It’s lived a quiet and gentle life, and you can see that for yourself in the barely worn-in appearance of Collectors Choice #6.

The pickups in this Les Paul sound fantastic, lots of bite and crisp attack with a ton of clarity that respond well to your picking dynamic depending on where the volume and tone knobs are set. This is a wonderful run of instruments that is a true player’s guitar; it looks great, feels great, and you don’t want to put it down.