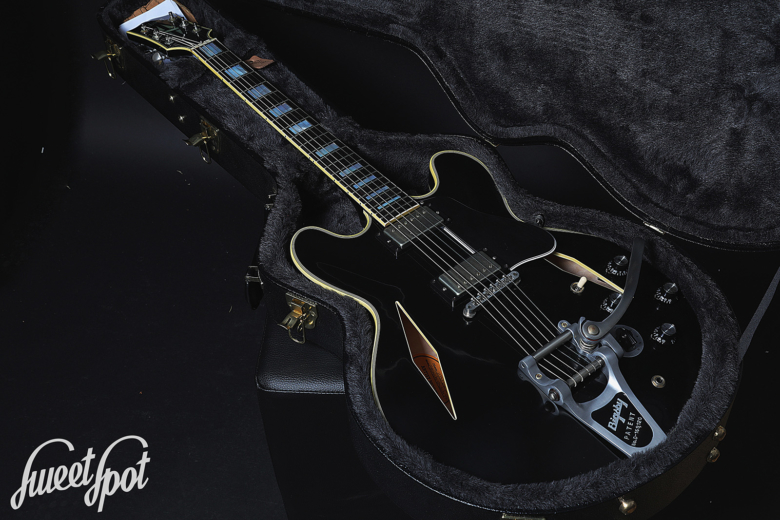 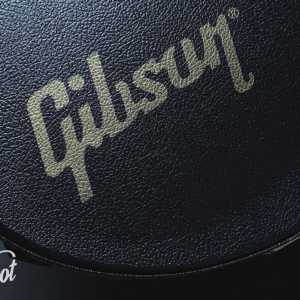 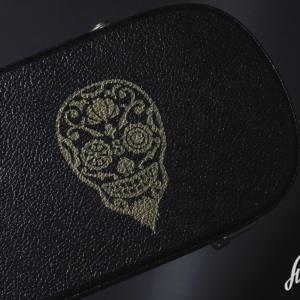 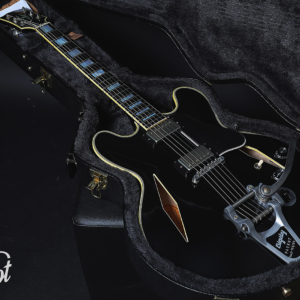 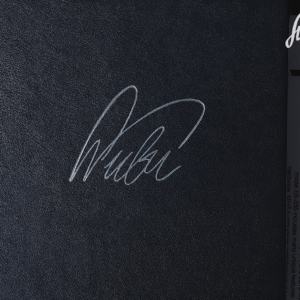 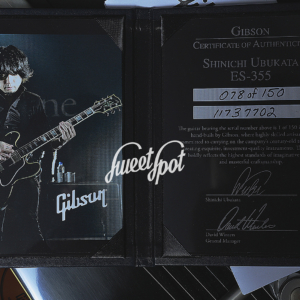 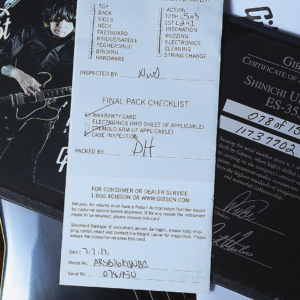 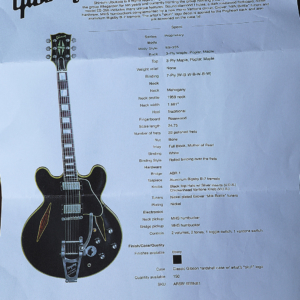 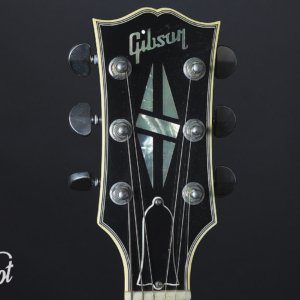 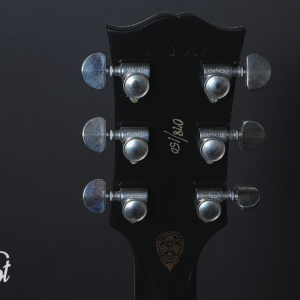 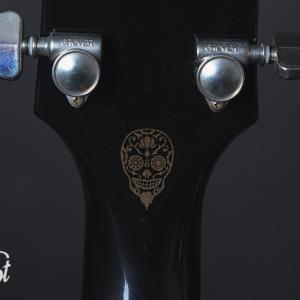 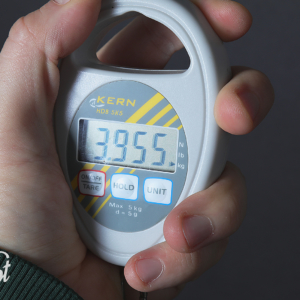 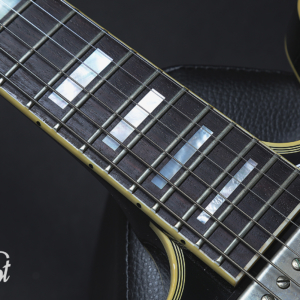 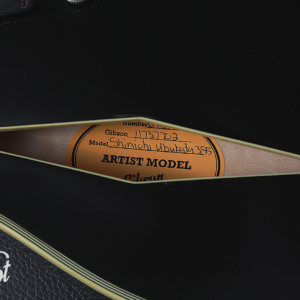 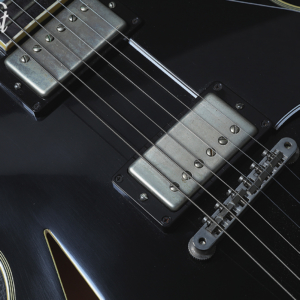 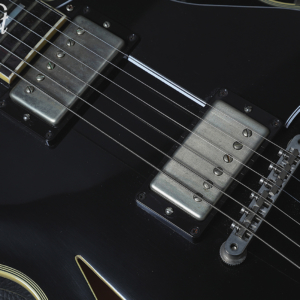 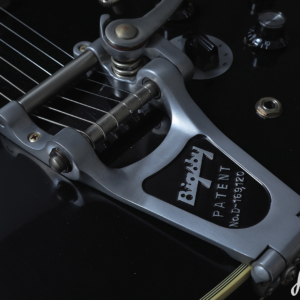 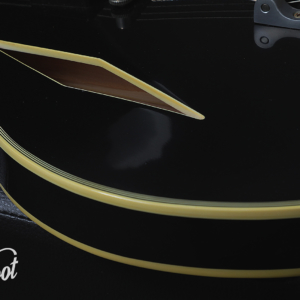 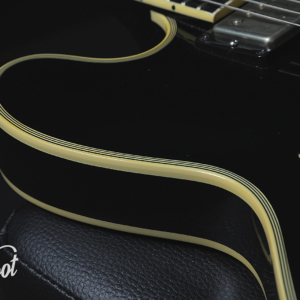 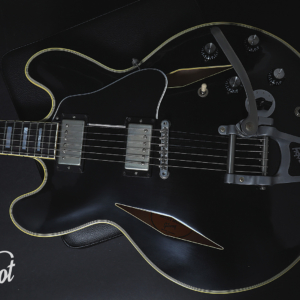 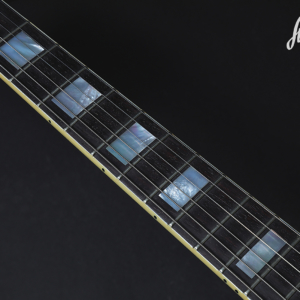 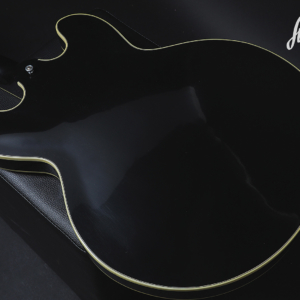 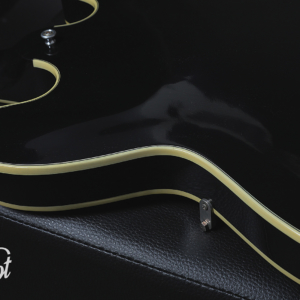 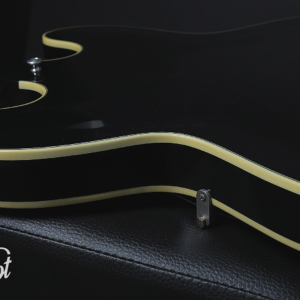 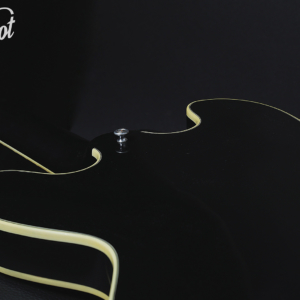 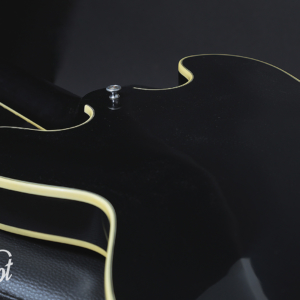 Shinichi Ubukata is a highly regarded guitarist and songwriter in Japan. He began his career in 1998 as guitarist for the band Ellegarden, who released five albums in Japan as well as several EPs and maxi singles, and shared stages with groups like Sum 41 and Foo Fighters. When Ellegarden went on hiatus in 2008, he formed his own group, Nothing’s Carved In Stone and has released eight studio albums with this band. For his signature model ES-355, Ubukata requested several unique features, including bound diamond f holes, a dark rosewood fretboard, nickel hardware, MHS humbuckers complemented by a new mono Varitone circuit, Grover „Milk Bottle“ tuners and aluminum Bigsby B-7 tremelo. The result is a distinctive, eye-catching version of Gibson’s top of the line ES which also offers a wide palette of diverse tonal colors. As a final touch, the artist’s „skull“ logo decal is applied to the peghead back and also silk-screened on the hardshell case.