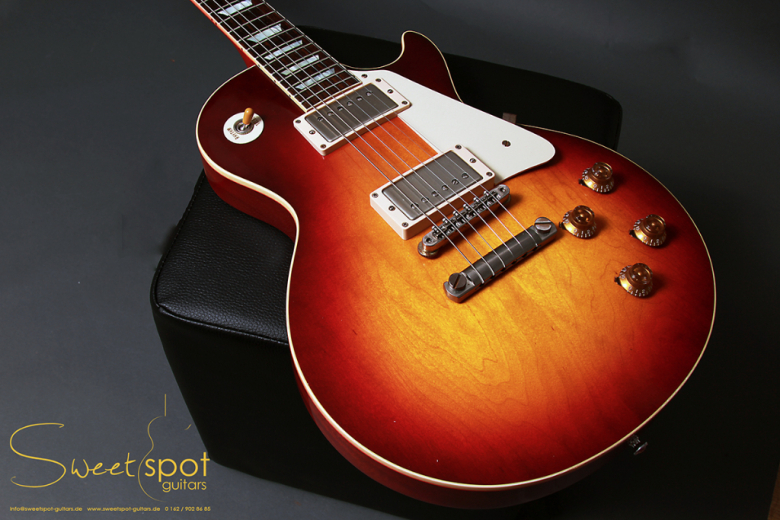 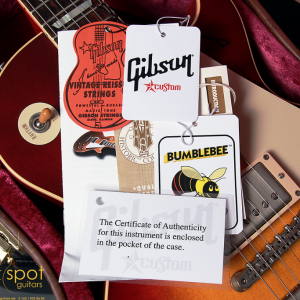 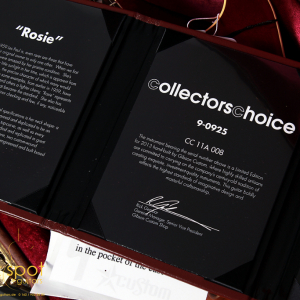 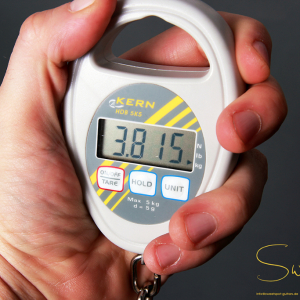 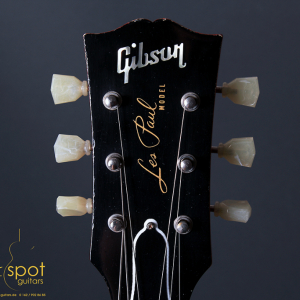 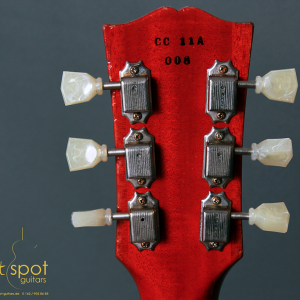 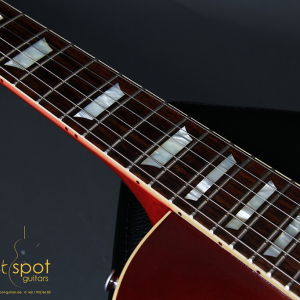 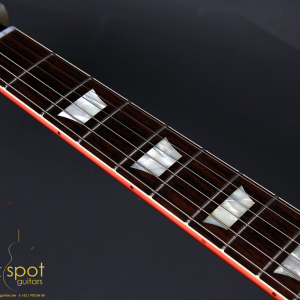 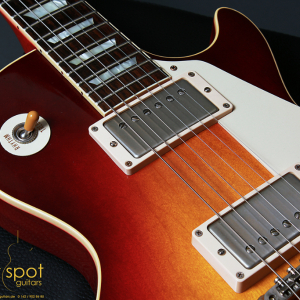 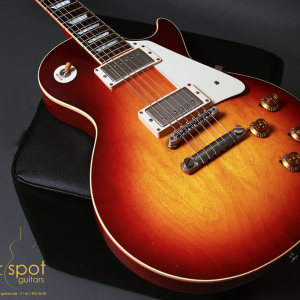 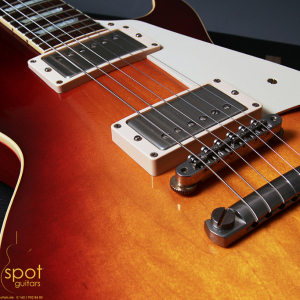 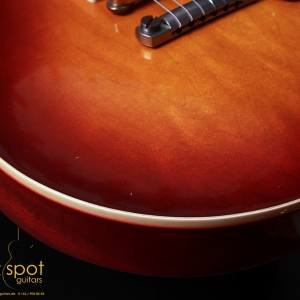 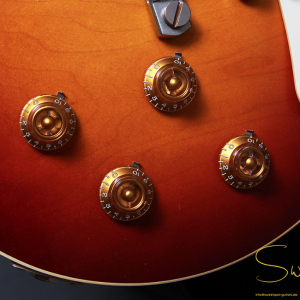 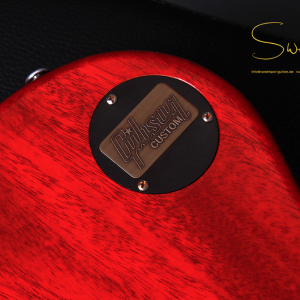 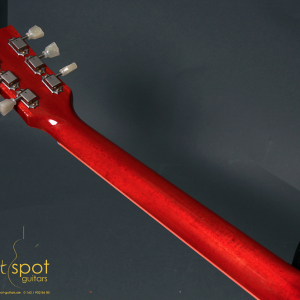 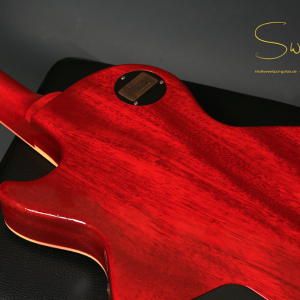 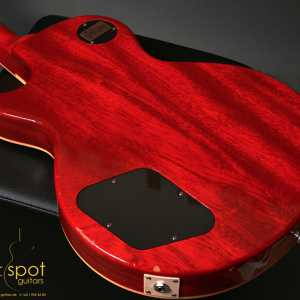 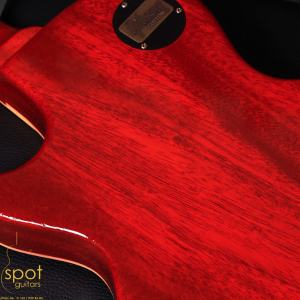 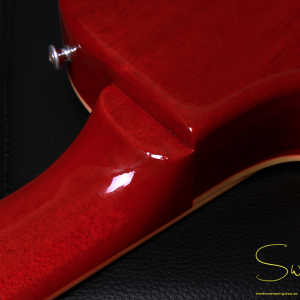 The original ’59 9-0925 (aka „Rosie“) is an amazingly special guitar. As rare as an original ’59 Les Paul is, even rarer is one that has had only two owners. The original Rosie was given to the Custom Shop for inspection by an anonymous collector, who acquired it from the original owner. This is one of the most flawless original ‘59s in the world, with only minor checking, and few, if any, noticeable dings. Another thing that sets Rosie apart is her cherry burst. Examples from earlier in 1959 tend to have a lighter raspberry tint to their finish. However this guitar has the dark red hue that became what many consider the quintessential cherry burst for the rest of time. Luckily Rosie has apparently been kept out of sunlight, so the deep cherry tint has been maintained. The neck profile has a late 50’s “soft V” feel to it, and every nuanced curve has been reproduced using the Custom Shop’s state-of-the-art scanning and duplication process. Also her pickups have been studied and reproduced with specialized CustomBuckers.

Of course, like other 2013 Custom Shop Reissues, Rosie was constructed using a hide glue neck joint, historically accurate truss rod assembly, aniline dye for the back and sides, accurate binding, and a single layer rosewood fretboard. This will get you as close as possible to owning one of the quintessential rock relics of all time.