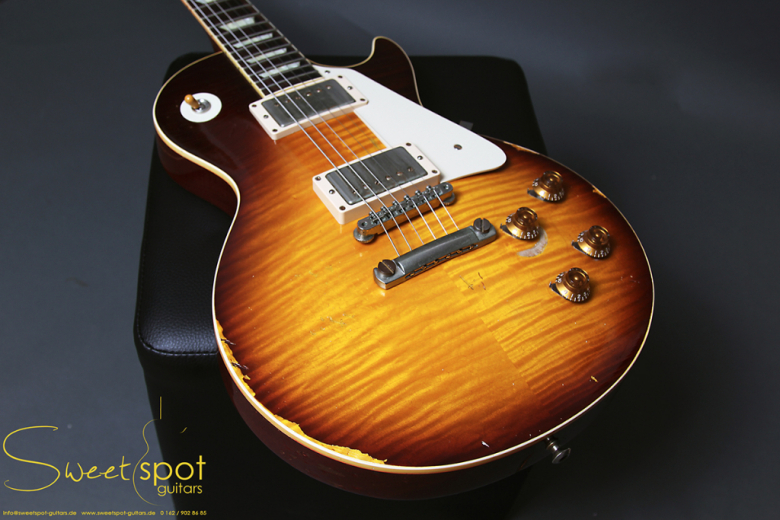 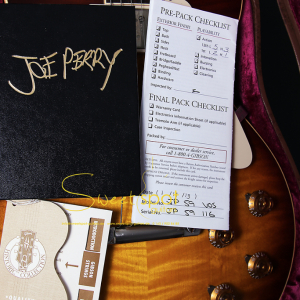 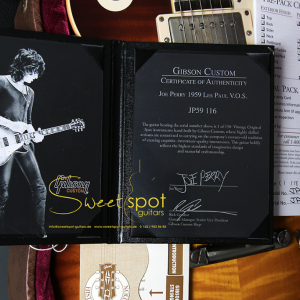 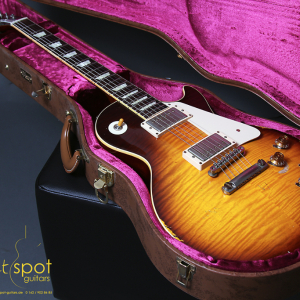 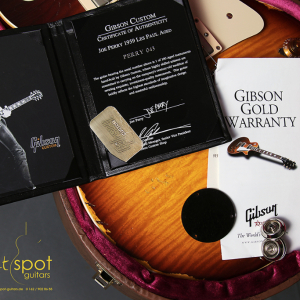 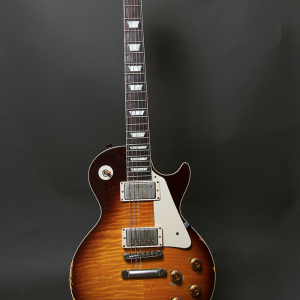 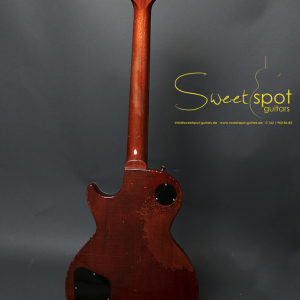 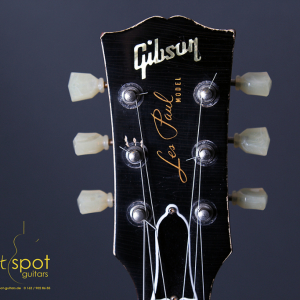 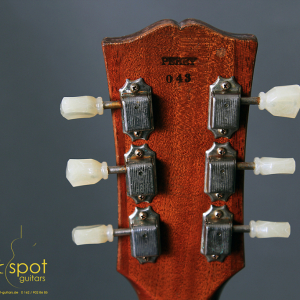 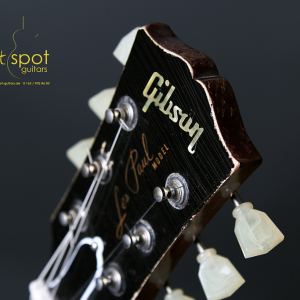 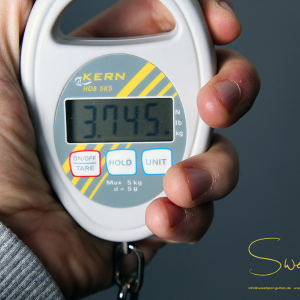 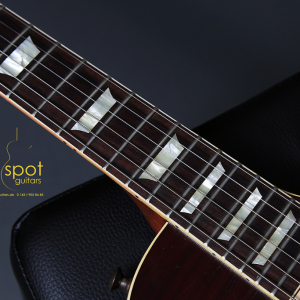 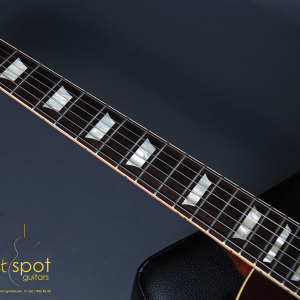 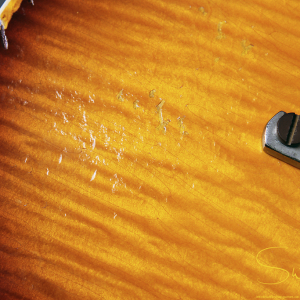 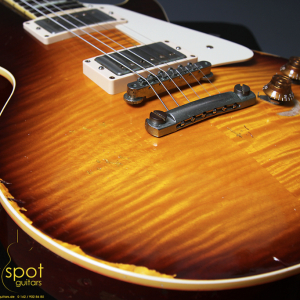 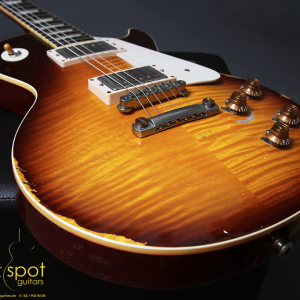 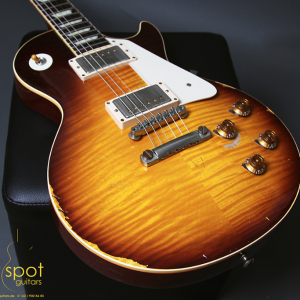 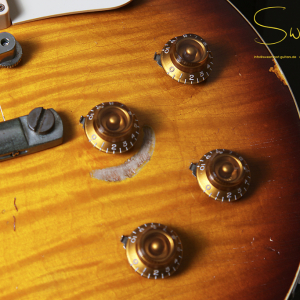 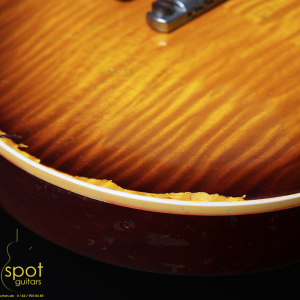 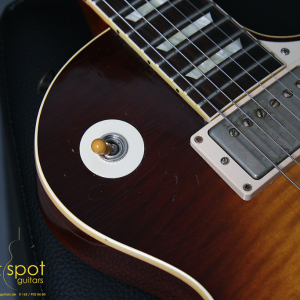 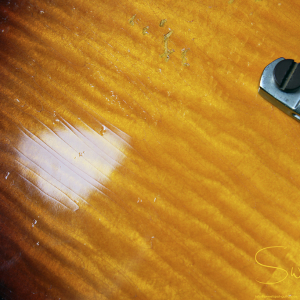 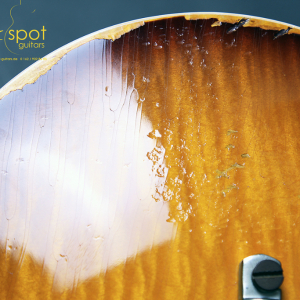 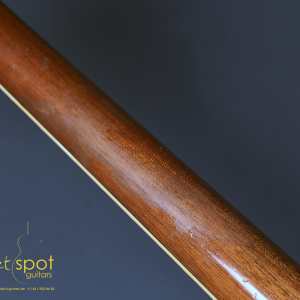 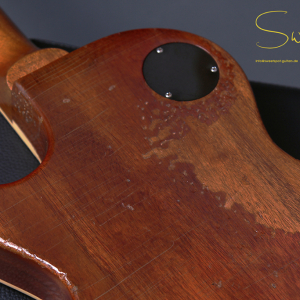 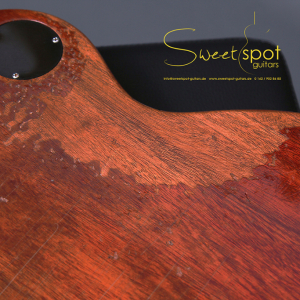 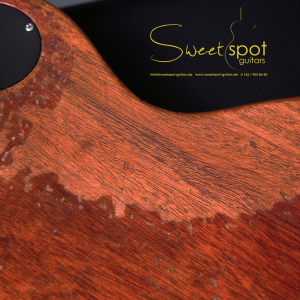 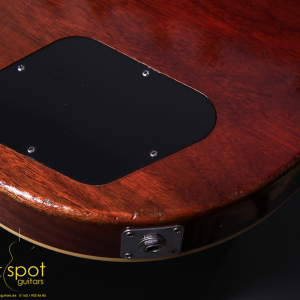 A Historic Les Paul with a Vintage Look!

The rebirth of a legendary Les Paul

The original ’59 Les Paul Standard guitar established the Les Paul as a staple of the rock-music world. Although Gibson only shipped about 640 Les Paul Standards in 1959, by the mid ’60s, their new slimmer profile neck and transparent finish (a major departure from the Goldtop) caught the attention of a whole new generation of musicians. When you pick up the Gibson Custom ’59 Les Paul Joe Perry, you can imagine how Keith Richards or Eric Clapton felt, trekking through a whole new territory of undiscovered tone.

Gibson’s Custom Shop took extra care with every detail of the ’59 Les Paul Joe Perry. Every Gibson Custom guitar receives an ultra-precise Plek Pro setup, which optimizes the fretboard and nut for incredibly accurate intonation and a „“just right““ feel. And little touches like the 17-degree headstock angle not only add to the amazing tone and feel, they remain true to the ’59 Les Paul as well as Gibson’s history.