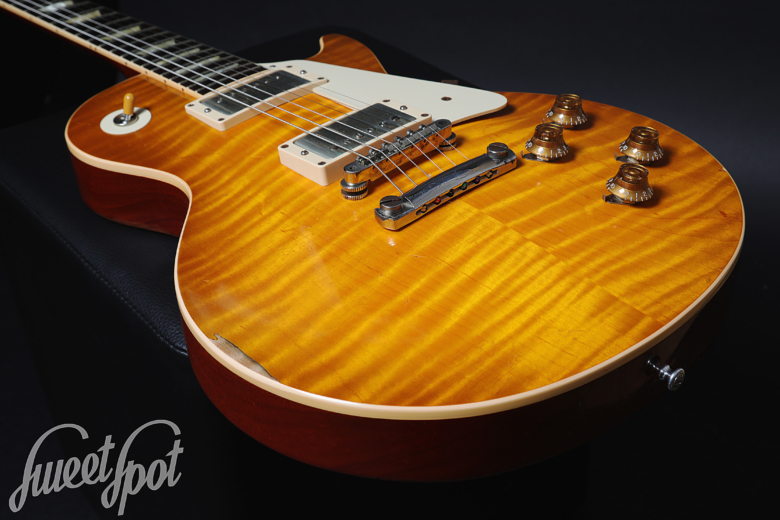 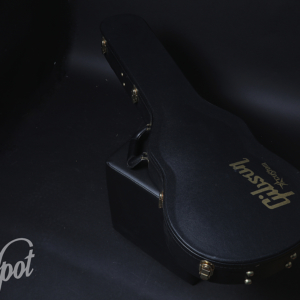 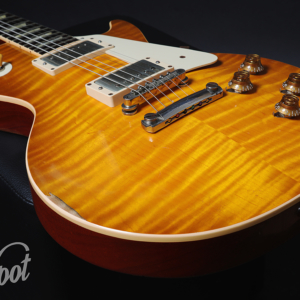 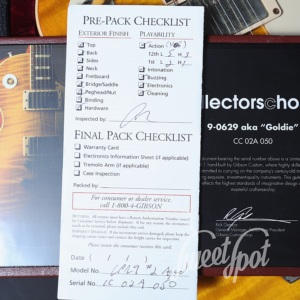 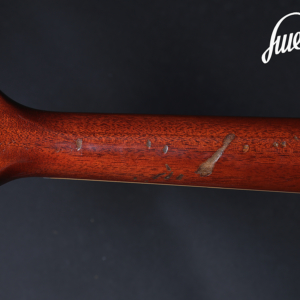 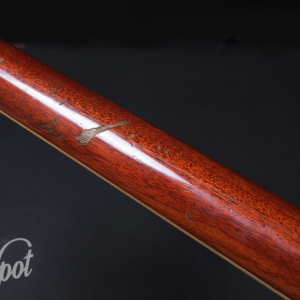 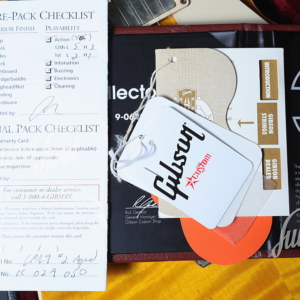 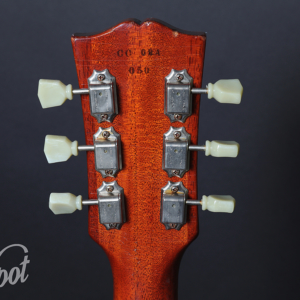 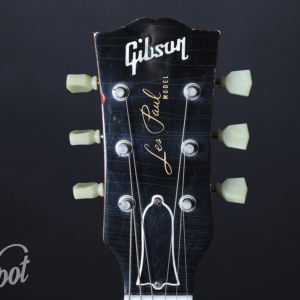 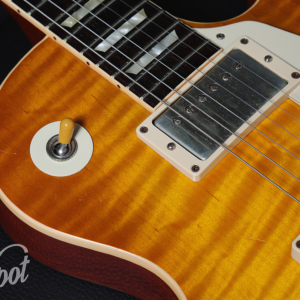 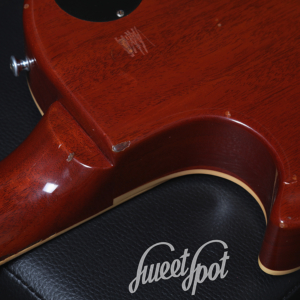 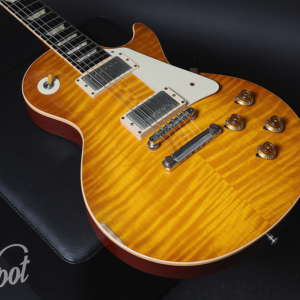 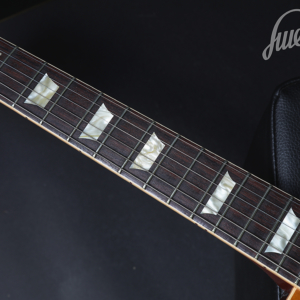 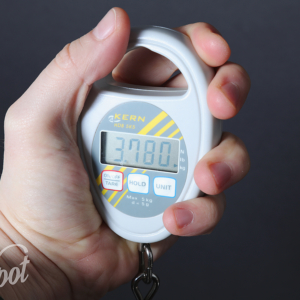 This Les Paul is part of the Collectors Choice series by Gibson, a run of guitars that are an exact replication of a specific original ’59 Les Paul. The guitar has been dubbed „Goldie,“ after the ever so slight burst around the golden hues of the top. The original Les Paul was given to Gibson by its owner to be digitally scanned and measured from every possible point, to recreate the guitar as closely as possible, down to the top carve and worn-in neck profile.

Background story aside, this is a fantastic Les Paul that not only looks great, but is incredibly responsive and plays very well. The top has some great flame and grain that pops out from different angles, and the neck shape is similar to the usual ’59 shape, but a bit different and special to this run of guitars. Definitely a great piece to be added to any serious guitar collection.