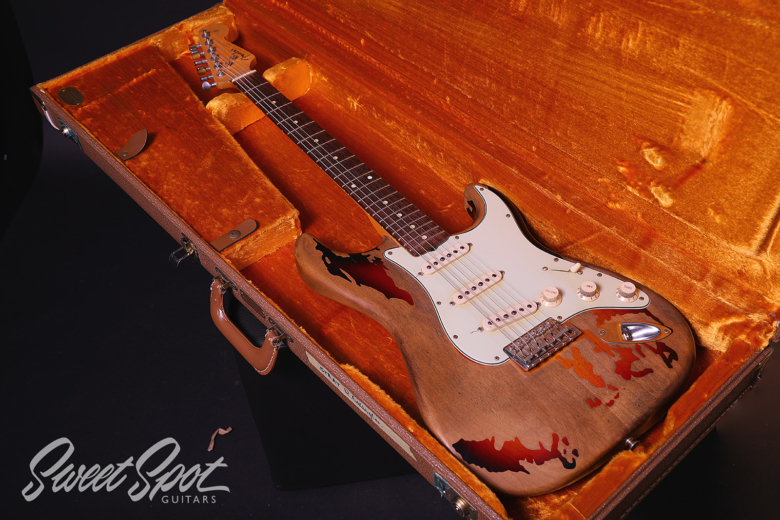 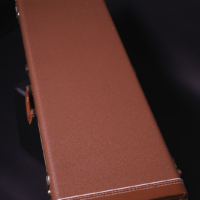 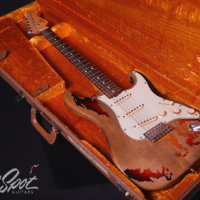 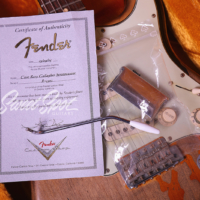 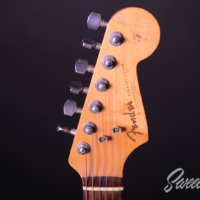 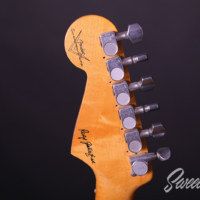 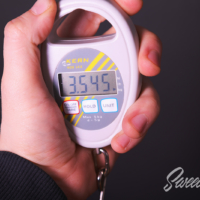 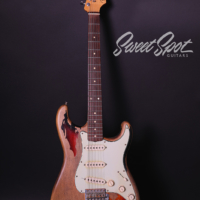 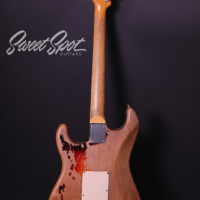 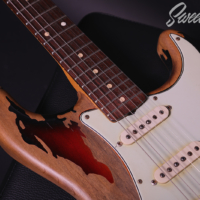 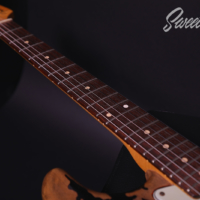 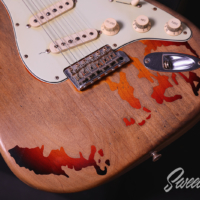 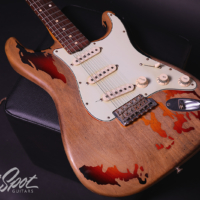 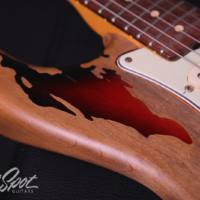 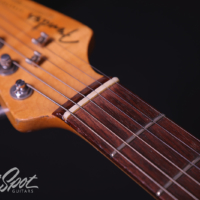 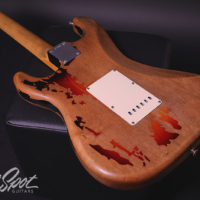 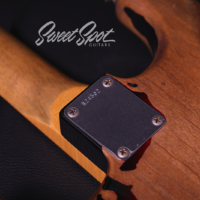 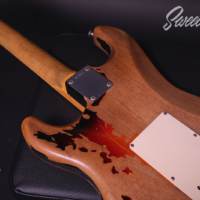 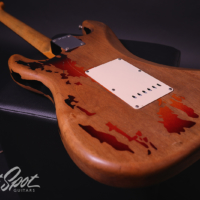 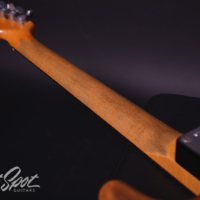 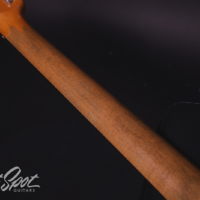 Fender Custom Shop designers met Donal Gallagher, brother of late great guitarist Rory Gallagher, in Los Angeles in 1997 and received one of the most coveted guitars of all time – Gallagher’s heavily worn 1961 Stratocaster® guitar. Fender initially built 40 replicas for European sale, but was subsequently besieged with requests for more. The Rory Gallagher Tribute Stratocaster guitar is an exact replica of that revered instrument, down to the extremely worn Three-color Sunburst alder body, maple neck and rosewood fingerboard. It even has five Sperzel® tuners and one Gotoh® tuner, and the 12th-fret dot marker is white plastic rather than the original clay. It also features three custom-wound ’60s single-coil pickups, aged chrome hardware, 21 medium jumbo frets and a synthetic bone nut. Our homage to a true and truly missed master.

No mods, no repairs, no whatsoever.
Guitar comes with COA, original case and everything you can see in the pictures.