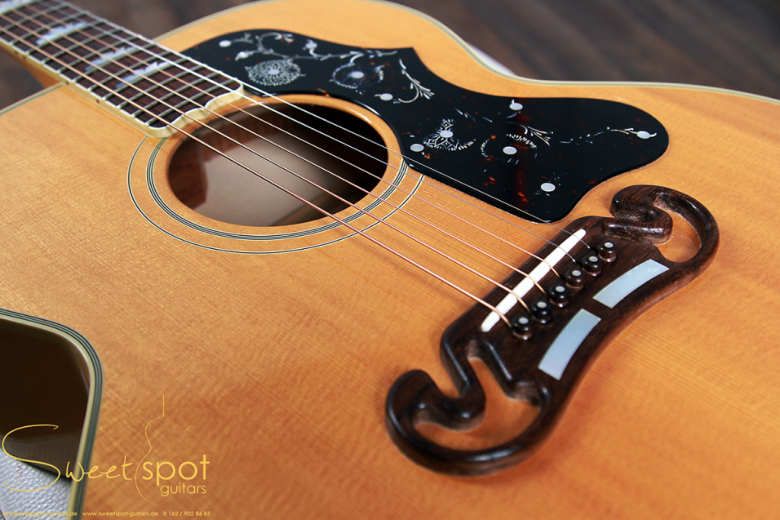 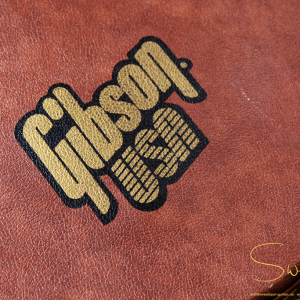 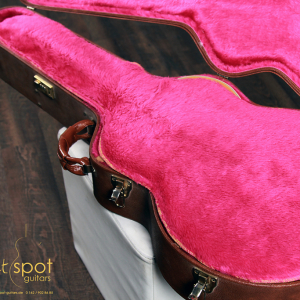 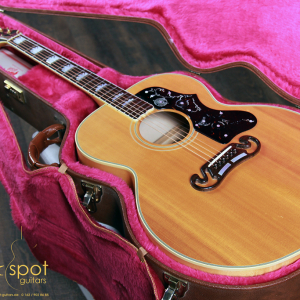 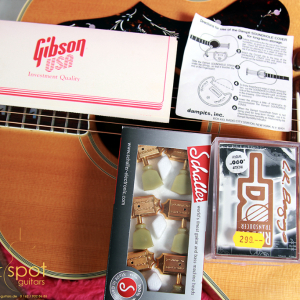 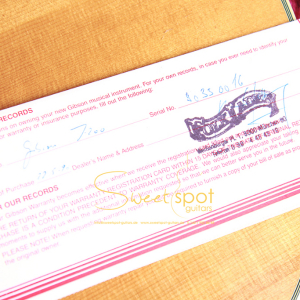 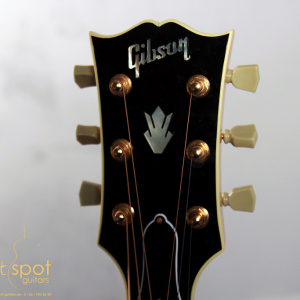 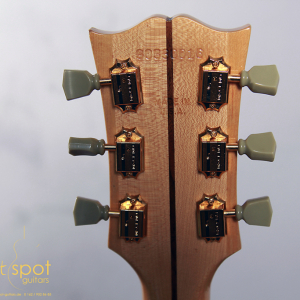 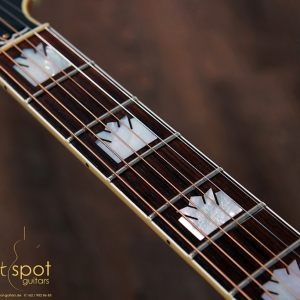 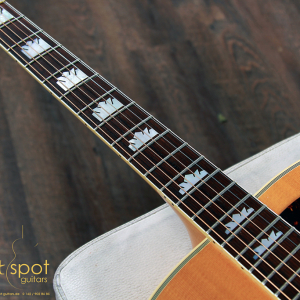 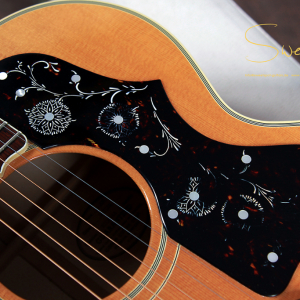 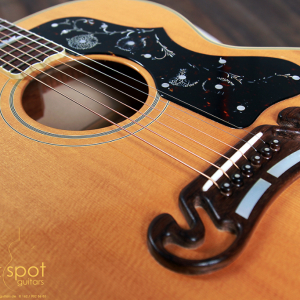 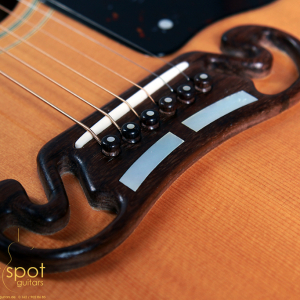 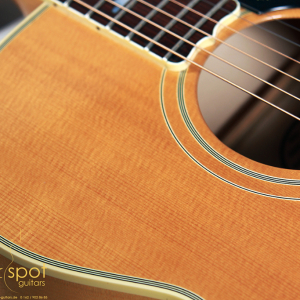 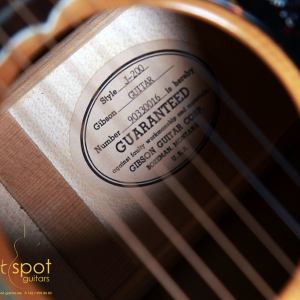 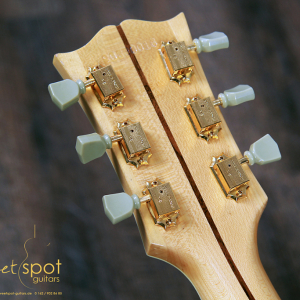 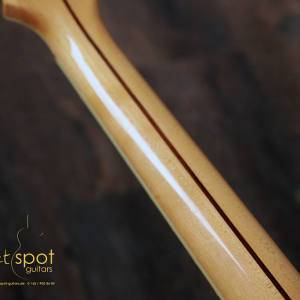 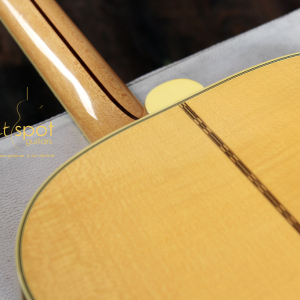 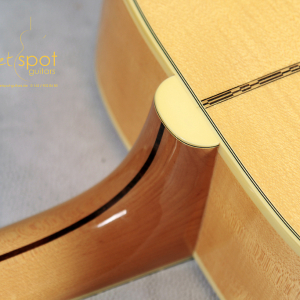 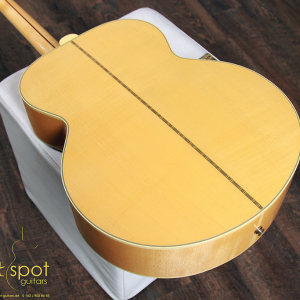 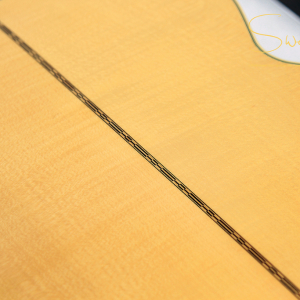 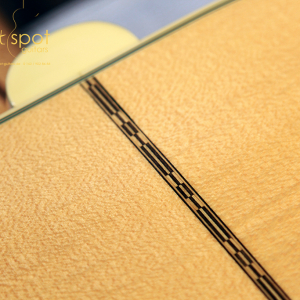 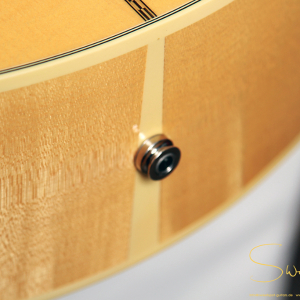 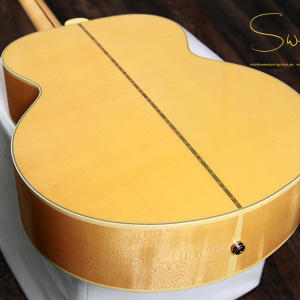 From its inaugural appearance in 1937, Gibson’s SJ-200 set a standard others have been trying to match ever since. Today, the legacy of Gibson’s “King of the Flat-tops” lives on in the new SJ-200 Standard. Upon its introduction in the late 1930s, the SJ-200 immediately filled a need for a deeper, more balanced and powerful sound. It gave purveyors of the new American music scene of the 1930s a reliable, well-built instrument, capable of projecting the sound of the guitar well beyond that of any other acoustic on the market—a fact that still holds true today. It is simply the world’s most famous acoustic guitar, and certainly one of the most popular.

Good condition, except for changed tuners as they weren´t high quality at that point.

But the original tuners are included.

Also a LR Baggs was installed professionally without drilling.