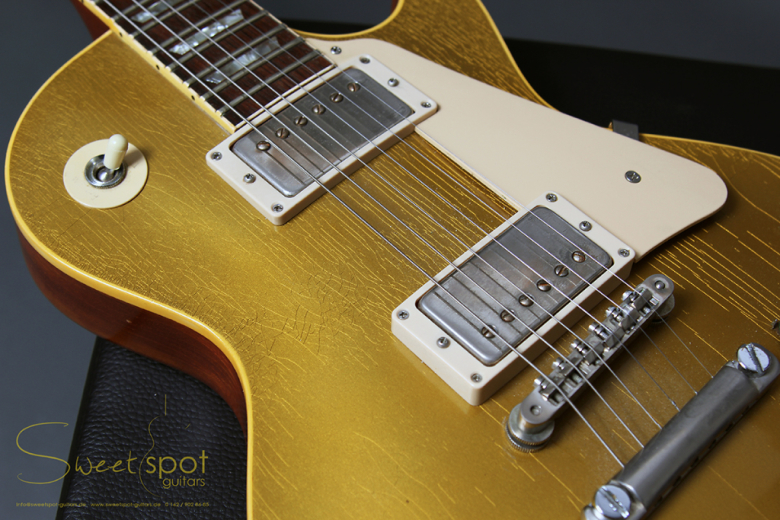 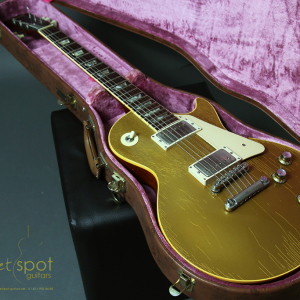 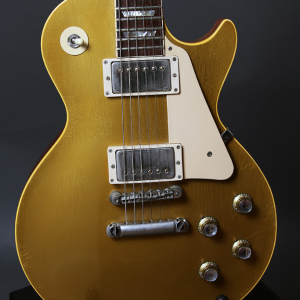 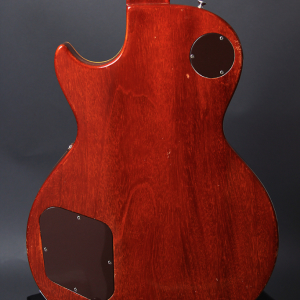 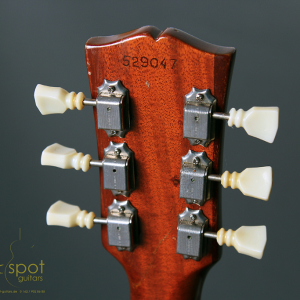 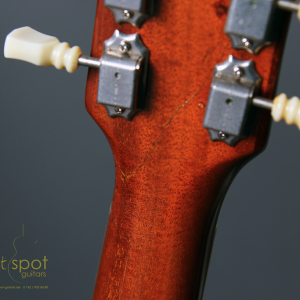 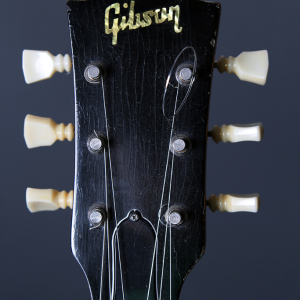 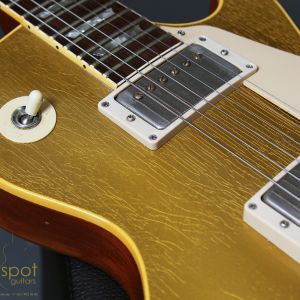 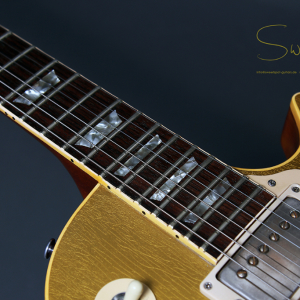 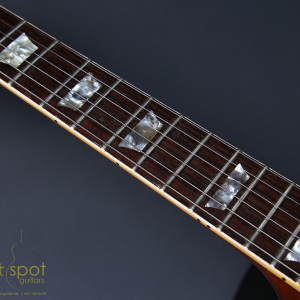 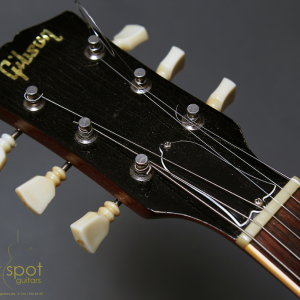 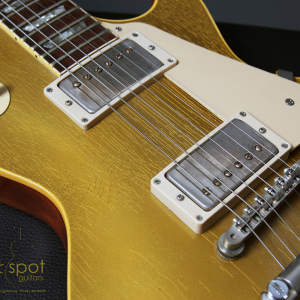 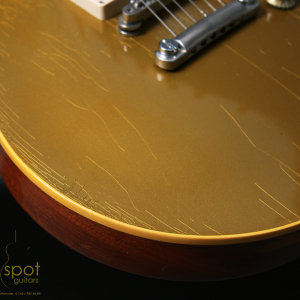 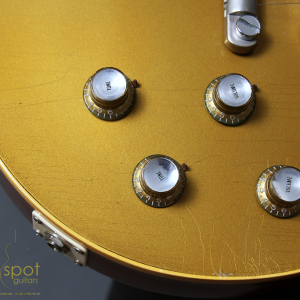 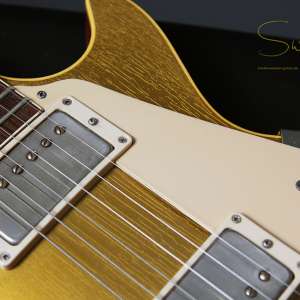 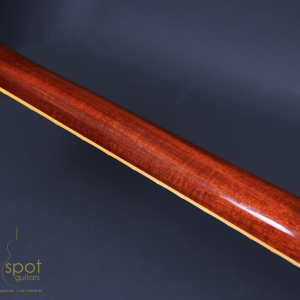 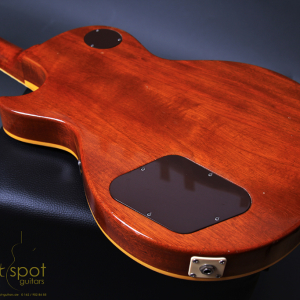 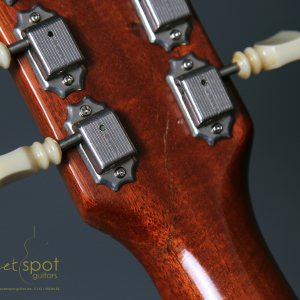 The guitar was refinished and modified for humbuckers from Florian Jaeger.

The wiring is original but, of course, the pickups were changed to WIZZ PAF replicas.

The guitar really sounds like old and good wood.

She was played a lot and you can totally hear it.

The guitar suffered from a broken neck which was repaired by Florian himself.

The guitar sound very wooky with a lot of attack, you definately can hear the wood.

Single cutaway Les Pauls were discontinued due to lack of sales in 1961. A small group of musicians found them second hand, scattered on either side of the Atlantic. Their names have become synonymous with Les Paul’s guitar: Keith Richards, Jimmy Page, Eric Clapton, George Harrison, Mick Taylor, Mike Bloomfield, & Neil Young to name a few. Interest in Les Paul’s design grew with their fame to the point that Gibson took notice.

Amongst the growing social, political, and military unrest of the late 1960’s, Gibson finally gave into demand. First, they re-established a relationship with Les. Soon after, they began preparing blueprints for the guitars in March & April of 1968 with the first examples hitting the market in the summer of the same year. Built by many of the same people in the same place, they were nearly identical to their predecessors. Over the next eighteen months, the guitars slowly shifted away from their 50’s roots to become a distinctly different instrument.